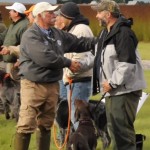 Dave’s dogs have earned titles in the German system including the VGP Award.

He has earned with his as well as clients dogs the following titles 19 Natural Abilities, 3 UPT, 27 Utility Test, 5 Versatile Championships in the NAVHDA testing system.

He has worked with clients and puppy owners on how to train and handle their own dogs.
Many of these owners have gone on to gain their own Prize I’s and Versatile Champions with Dave’s guidance.

Dave is a frequent host for training segments on Bird Dogs Afield at   www.birddogsafield.com 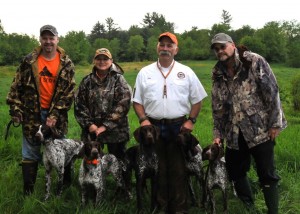